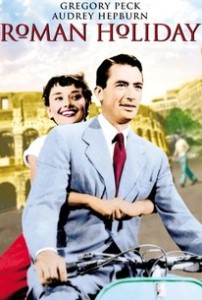 Princess Ann is on an European goodwill tour when she decides to escape her aides and the press to have a care free adventure and experience the life of an ordinary woman. When the man she has her adventure with turns out to be a member of the press, the problems pile up.

“Introducing Audrey Hepburn” the title sequence to the movie said, so I assume this is her first big role. She does really well as a gracious and spoiled princess with little to no freedom.

I have been most the places in Rome where the characters go sightseeing and I must admit to some jealousy. I have never seen these sights so accessible and void of other tourists. Was it like that in the early 50’s? Or was that staged for the movie?

The music was a bit more dramatic then the scenes called for at times. As if the mood or feeling of a scene was forced upon me, and not conveyed by actions or words. The same way spooky music over a video of someone taking an ordinary walk in the woods will make the clip scary. Illustrated by James Gordon below with the “X-files”-music.

In “Roman holiday” the music doesn’t try to make the mood scary, but dramatic, and yet it just seems forced. Except for a few instances of overly dramatic music, the audio was nice.

The visuals were super. I love Rome, and so I also loved to watch all the scenes set in famous and well known places in the city. The plot uses all the beauty of Rome to create great visuals and the characters are naturally in these places. It does not seem staged, as could easily be the case when a city is shown off in a movie.

The acting was just fine through most the movie, and at times it was quite a bit more then that. Several solid performances. Probably a good debut for Audrey Hepburn.

The story a bit better then the average romantic comedy, but still, it’s hardly likely to make you think or contemplate the nature of humanity.

“Roman holiday” was an entertaining movie without much of a message or deeper meaning. I liked watching it, and sometimes it is fine to just be entertained for a little while. The movie makes no pretense of being more then it is, and so makes a nice contribution to it’s genre. I don’t see how it has made a “best movies ever” list though.

I would recommend this movie to anyone looking for some light entertainment on a rainy afternoon.

If you’ve recently seen “Roman Holiday” or you’re watching along with my year of movies, please leave a comment below with your thoughts on the movie or note down your opinion somewhere else.

If you want to get “Roman holiday” from Amazon, here is a link for that. They probably have the movie many other places too. Maybe it’s on a streaming service you subscribe to already?

Tomorrow’s movie is “Witness for the prosecution“. Get some more information about this movie and the other movies on my watch list this week on the upcoming movies page. If you’re new to this site and are wondering why I’m watching a movie every day for a year, read more about my experiment. 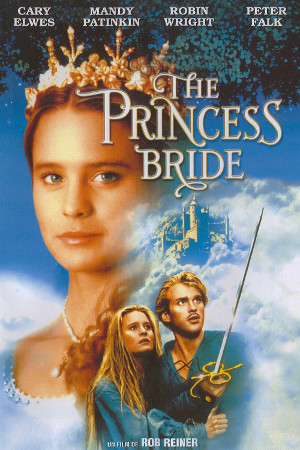